Illegal tourism facilities, particularly, hotels and guest houses operating without the requisite licenses from the Ghana Tourism Authority (GTA) are to be closed down during a one week enforcement exercise by the Eastern Regional GTA.

The enforcement team made up of staff of the Authority and officers from the regional police command hit the ground running on Monday August 20, 2018 during which it closed down six hotels, two at Akwamufie, one in Odumase, two in Somanya and in Asesewa.

Also, two drinking bars and a chop bar were closed at Atimpoku and Kpong respectively.

More than 50 illegal facilities have been identified to be closed down at the end of the exercise on Monday, August 30, 2018.

The Eastern Regional Manager of the GTA, Mr Frederick Adjei-Rudolph explained that the operation was to ensure compliance with service standards for the safety of tourists, local and foreign.

“As a regulator, and with strict adherence to our responsibility to maintain standards and ensure compliance of Act 817, the Ghana Tourism Authority is embarking on this year’s enforcement exercise to clamp down on all known illegally operating facilities across the length and breadth of the Region”, he said.

Mr Adjei-Rudolph said the GTA was targeting new facilities which had applied for licensing but have stalled their registration processes yet operating.

“Ghana Tourism Authority as part of hotel registration processes, requested for some mandatory documents. It is discouraging to know that management of this facility and others in this same category have not submitted all the documents as at now and all efforts to get them do so have proven futile hence the need for closure”. 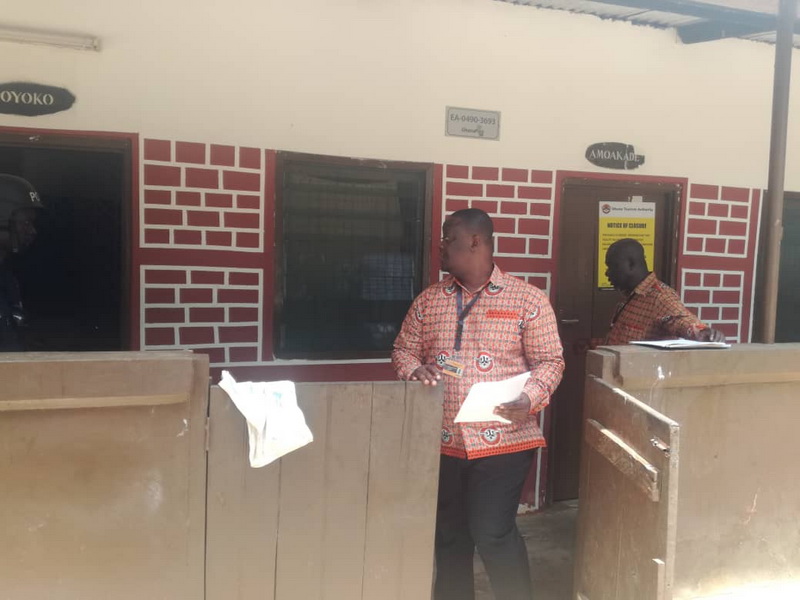 Also on the list are illegal operators that have never applied for registration as well as facilities which have exhausted the renewal of their provisional licenses but still operating.

Mr Adjei-Rudolph said facilities that have been issued with a valid operational license but have refused to pay and pick up the license also risk closure.

“These are facilities that are duly registered and have been issued with a valid operational license by the Authority but who have blatantly refused to pay the requisite license fee and pick up their operational license. Technically, such facilities are operating without license”, he added.

He explained that all affected facilities can only resume operations upon successful completion of the registration processes and thence issued with operational license by the Ghana Tourism Authority.

Seizing the Opportunity for a Pro-Growth, Post-Pandemic World

Piracy increasing in the Gulf of Guinea