Advance Mobilization implies a monetary payment of funds made to the contractor for initial expenditure in respect of site mobilization, and a fair proportion of job overheads. The payment is expected to reduce contractors’ need for working capital.

In a release copied to the Goldstreet Business Tuesday, on key measures needed to be implemented to mitigate financial hardship on contractors as a result of delayed payment of funds, it noted that the non-adherence to payment timeline has caused severe financial difficulties and hardship among players in the sector, further resulting in delayed completion of projects.

Thus, to mitigate the challenges that have further been worsened by the Coronavirus Pandemic, the sector is demanding an effective regime that will seek to the implementation of various key measures including payment of Advance Mobilization; review and application of fluctuation Indices in public procurement contracts; payment of stipulated interest among others.

With regards to payment of stipulated interest in contract, the sector noted that contractors are heavily impacted by high overheads accrued as a result of halted works during the lockdown, coupled with the increased cost of building materials and labour rates.

In fact, there are still some outstanding payments due to contractors that are yet to be paid although the Finance Minister, Mr. Ken Ofori Atta during the 2020 mid-year budget review assured that government is taking steps to pay its outstanding financial obligations to contractors and suppliers.

“Interest is prescribed by most conditions of contract to take care of delays with payments due to the contractor, however, most clients have chosen to turn a blind eye to these. Contractors who make the effort to administer the contract condition to the latter are seen to be litigants and, in some cases, suffer the brunt of being black-listed”, a statement signed by the Chairman of the sector, Mr. Rockson Dogbegah noted.

It has recommended that government, being the largest provider of construction contracts, honour its contractual obligations with regards to payments and the stipulated interest accrued on payments as a measure of minimizing economic pressures on most construction firms. 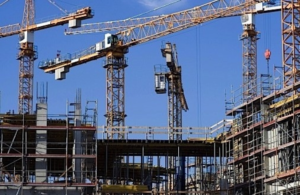