Short-term treasury yields on the rise

…as investors look out for other options 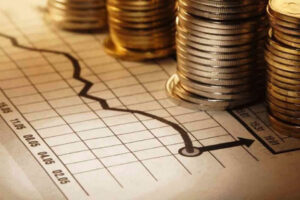 Following weeks of declines in the yields on short-term government treasuries until the end of July, 2020, there have been a reversal as investors are beginning to demanding higher yields citing some risk factors.

Reversal of the downturn began in the month of August, 2020, when investors were largely moving towards instruments – Bank of Ghana (BoG) bills and the COCOBOD Bills – which are offering higher yields at about 14.50 percent compared to what government is offering currently at 14.06 percent.

“Currently, the treasury yields don’t appear to be attractive in comparison to other bills [BoG 14-day bills],” a Senior Economist with Databank, Mr. Courage Kingsley Martey said in a telephone interview.

“Generally, investors are expecting treasury yields to go up largely due to inflation which is expected to remain in double digits until second quarter of next year,” he emphasized. That inflation forecast emanates from the BoG itself.

In addition to the inflation risk, investors are eyeing governments current financing needs which have largely been impacted by the coronavirus pandemic, as well as the usually perceived elevated risk associated with elections.

Over the past few months, yields on government short-term treasuries were on the decline, following monetary easing and deliberate regulatory measures taken by the Central Bank, as well as government’s own fiscal policy aimed to reduce lending rates – which are priced-off the Ghana Reference Rate (GRR) – and which were cut by 200 basis points through negotiations with the Ghana Association of Bankers.

Other market analysts also indicate that government currently has a lot of maturing securities that needs to be re-financed, as well as the financing of governments huge fiscal deficit of 11.4 percent of gross domestic product (GDP), amounting to GHc 44.1 billion.

However, analysts are not optimistic that yields would increase beyond the 14.76 percentage point, the highest yield for the 91-day treasury for this year.

In the 2020 mid-year budget statement, the Finance Minister, Ken Ofori-Atta indicated that domestic financing of this year’s fiscal deficit will amount to GHc 25.6 billion, which represents 6.6 percent of GDP.