A new frontier in the global fight against illicit financing has been opened, given the move by the United Nations to fix the global financial system, which currently allows trillions of dollars to be lost.

The UN has established a high-level panel on Financial Accountability, Transparency and Integrity for Achieving the 2030 Agenda (FACTI).

The independent 15-member panel has been tasked with making recommendations to fix the global financial system, which allows trillions of dollars to be lost and hidden via tax evasion, tax avoidance, money laundering and corruption. The panel was created by the President of the UN General Assembly and the President of the UN Economic and Social Council, and includes policymakers, academics, civil society workers and more.

FACTI’s mandate is to look at what further action governments and financial institutions need to take in various areas, such as financial and beneficial ownership transparency, tax matters, and bribery and corruption. The panel will meet at different points over the next year in regional consultations, with its work being supported by a New York-based secretariat. An interim report will be produced in July 2020, and a final report in February next year.

A new report released in March 2020 by the Global Financial Integrity, classified Ghana as having among the largest average trade value gaps of US$3.75 billion, which translates to 26.5 per cent of the country’s dealings with all its global trading partners.

The report indicated that Ghana’s trade value gap or mismatches – which occurs when trade receipts between two countries disagree – amounted to US$5 billion in 2017 alone with the value gaps for the global situation involving 135 developing countries and 36 advanced nations over a period of 10 years spanning 2008-2017 totaling US$8.7 billion.

Experts in this area have explained that the FACTI panel will provide a powerful opportunity to address two major ‘tax gaps’ in the global architecture – the first being the lack of representation at the Organisation for Economic Co-operation and Development (OECD) for lower-income countries that lose most to corporate and individual tax abuse; and the second being the lack of a truly inclusive forum in which countries can set international tax rules. 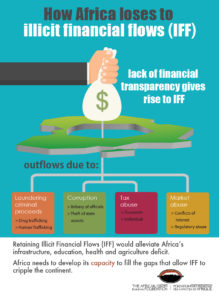 Further to this, globally, corporate profit shifting via tax havens collectively costs governments between US$500 and US$600 billion a year in lost corporate tax revenue. In addition, US$7 trillion of private wealth is hidden in offshore tax havens.

According to Oxfam estimations, corporate tax evasion costs poor countries at least US$100 billion every year, which is enough money to provide an education for 124 million children and prevent the deaths of almost eight million mothers, babies and children a year.