The Association of Local Mining Contractors has called for government intervention in the high permit fees now being charged by the Minerals Commission.

According to the Association, the over 500 percent increase in the charges is abnormal and needs the intervention of the government to prevent businesses in the sector from total collapse.

Members of the Association a year and a half ago were paying GHc5,000 as fees for their permits, but this had been astronomically increased to US$10,000.

Interim Secretary of the Association, Mr Samuel Aboagye, said, the Minerals Commission had not been able to explain to members of the Association the reason for such an increase. The conventional wisdom is that this is simply another case of a government agency taking undue advantage of low-lying fruits to solve problems of public finance. 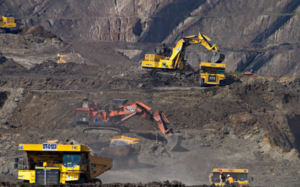 What is particularly worrying is the quotation of the fees in dollars, while members of the Association charge their clients in the local cedi currency as demanded by law. This exposes local businesses to foreign exchange risk unnecessarily, even as a government agency is refusing to abide by the law which requires pricing in the domestic economy to only be done in the local currency.

Mr Kwarteng said the unexplained astronomical increase is having a negative impact on the businesses of the members and has called for urgent steps to stop the Commission from implementing it.

Indeed, the permit fees are making local contractors price-uncompetitive and are also adding to the costs of the mining companies themselves, which is reducing the competitiveness of Ghana as a whole as a destination for international mining industry investment.