The Government of Ghana has set a new deadline of May 2022 for the unification of the Sankofa and the Afina oilfields, the former already being operated since 2017 by ENI and the latter discovered in 2019 by Springfield, but still awaiting a Plan of Development. However, government’s insistence on the unification and the terms it is proposing, despite the protestations of the Sankofa field, appears to drawing the foreign upstream oil and gas industry, which sees it as an attempt to shortchange one of theirs to the unfair benefit of an indigenous operator.

While this assertion is questionable, even local industry analysts are beginning to fret that the circumstances of the situation holds the potential to discourage direly needed foreign investment into Ghana’s nascent, but hugely promising industry.

This is happening at entirely the wrong time. Ghana has got three oil and gas fields up and running over the past decade but since the latest field – the GyeName Sankofa field commenced production in 2017, little progress has been made towards developing a fourth field depite two major discoveries – each bigger than the previous one and both several times the size of the three already operating fields put together – having been announced.

Instructively, controversy has dogged both of those fields, in part explaining why they are not yet in development.

The first of the two to be discovered as Aker’s Pecan field, discovered by6 the Norwegian firm shortly after acquiring a promising property from Hess in early .2018. Ghana’s petroleum ministry rejected the first plan of development proposed by Aker and found fault with the revised one as well. By the time the Ministry and Aker got onto the same page, COVID 19 had triggered an oil price slump changing the project economics underpinning the field’s development.

Now Aker is looking at the possibility of developing the field in phases; instead of producing from one central installation the company is considering the option of developing it in parts, starting with a floating production, storage and offloading unit (FPSO) in the southern  part of the block and then adding a second unit in the northern part of the property subsequently This would substantially reduce the project’s break even cost and make a positive final investment decision possible this year keeping the delay in development down to just one year or so.

Government has been holding out to push Aker into accelerating development of the field in one go that the State can start earning revenues before the annual Eurobonds issued by the Mahama administration from 2013 start falling due for amortization. But faced with the possibility that Aker may decide to suspend all field development activities until global market prices pick up, government is relenting somewhat on its demands as to how Aker should go about developing the field.

But Aker is refusing to be rushed. Said one company official on strict conditiuon of anonymity: “When we were ready to press ahead government held us back. It it had not, Ghana would have been on the brink of getting a new oilfield by now, despite the fall in global market prices for crude oil. By delaying us to press home its demands government has ultimately shot itself in the foot.”

To be sure though government has the backing of most local stakeholders including public policy think tanks who believe government called Aker’s bluff by insisting on terms that are best for the State. However this is coming at great cost as Ghana now faces the prospect of securing refinancing for the impending maturing Eurobonds without even a certain timeline for revenues from the Pecan field as part of its negotiating hand.

The reason for delays towards a plan of development for what should be Ghana’s fifth – and by far its largest – oilfield is even more worrying.

Here, Ghana’s strong reputation as an emergent preferred destination for upstream oil and gas exploration and production is encountering some new doubts as international oil industry experts analysts and commentators are increasingly questioning government’s insistence on the unification of the blocks in which Italian multinational, ENI and indigenous exploration trailblazer have both recently made hydrocarbon discoveries on commercial scale.

Foreign industry experts assert that the Ghanaian government might be overexerting itself in making the nascent oil industry serve its interests.  For quite some time the general political narrative cut through the industry somewhat noiselessly. In early May 2020 Ghana’s (then) Energy and Petroleum Minister John Peter Amewu suggested that the Sankofa oil field and the Afina oil discovery should be unified into one joint project. According to media reports, the Oil Minister sent a letter to the operator of the former’s operator company, calling for a timely settlement of the issue within 120 days. The suggested time interval has long run out, but Ghana’s aspiration has seemingly only fortified, coming back at the end of the year with even greater vehemence.

While many industry observers, find it absurd that the Energy Minister has the competence to decide which fields should be unified this, however, is completely legal in Ghana following several recent regulatory changes – in 2016 the Ghanaian government introduced this clause so as to streamline new projects. Technically, Ghana’s Energy Minister can also force reticent sides to acquiesce to its intent with the proviso that the top-down decision can only be done if both plays are appropriately appraised.

But apart from the fact that Sankofa’s shareholders totally oppose government’s ruling on unification of the two oilfields, foreign industry operators also assert that the Afina discovery should be officially confirmed as a commercial one, which has not happened because potential partners in developing the field have not announced the results of their due diligence.

The Afina-1 discovery well was spudded in September-October 2019 to a total depth of 4085 meters and wielded a light oil play with a gross thickness of 65 meters. Afina was the first-ever well drilled by Springfield Exploration and Production, a Ghanaian company that took a 80 prcent operatorship role in the West Cape Three Points Block 2, with the remaining stake going to Ghana’s national oil company GNPC. Upon the discovery, Springfield stated that Afina’s oil-in-place reserves are assumed at around 1.5 billion barrels, with a further 3 billion barrels of undiscovered potential, making it a superb start to the company’s drilling history (provided the discovery is commercial though). In contrast to Afina, the 0.5 billion barrels Sankofa has already been producing since 2017, eight years after its initial discovery by Vitol’s Ghanaian upstream branch.

Government’s assertive view of how it would prefer its offshore crude production to develop has also generated another controversy. Although the Energy Ministry wants ENI to operate the prospective Sankofa-Afina field, however, it would be Springfield that gets the largest stake as Afina’s nominal reserves are higher, despite its commercial size and viability remaining unconfirmed. Mirroring a 54.5-45.5 percent split between Afina and Sankofa, ENI would receive only 20.2 percent of the future joint project, Vitol would be left with 16.2 percent whilst Springfield would get 44.7 percent.

Foreign industry experts are suggesting that Ghana ought to be very careful in how it treats the Sankofa/Afina issue because it carries enormous reputational risks for future offshore projects. Throughout 2020 there was no exploration activity in Ghana’s offshore and the restoration of drilling is dependent on the operator of Sankofa, ENI, going forward with its plans in the Tano Basin. Moreover, Sankofa might be perceived as a pioneering project, being the first non-associated gas field in Ghana’s offshore and has been playing an instrumental role in the nation’s shedding some of its unnecessary hydrocarbon imports. Using its gas production for electricity generation at an assumed cost of $6.6/mmBtu (with the involvement of the World Bank), Sankofa has doubly benefited Ghana by saving its currency reserves and by supplanting polluting oil products as sources of energy.

Ghana Crude Production vs Exports in 2017-2020 (in ‘000 barrels per day).
The swift production increases of 2017-2018 gave way to stagnation that was rendered even more apparent by the consequences of COVID-19 (see Graph ) Currently Ghana has two oil producers – Tullow with its Jubilee and TEN fields, and ENI with Sankofa – totaling around 190,000-200,000 barrels per day  recently. The output volumes are unlikely to increase significantly as there seems to be no other project coming up in the pipeline. The Pecan field, operated by Aker Energy, might have been the one to supplement the Ghana’s production portfolio, however overall delays in its development will postpone its commissioning, all the more so as Aker now wants to split it in two separate phases for the field’s northern and southern part. Should there be any output additions over the course of 2021-2025, they would come from Tullow’s Greater Jubilee production ramp-up and not new projects. 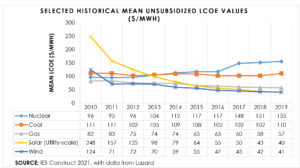 None of this augers well for Ghana’s upstream il industry’s growth despite the huge prospects both inshore and offshore. There is little doubt as to the country’s hydrocarbons endowment. Bur recent regulatory developments are curbing the enthusiasm of the international oil companies to explore for new fields right now and even more worrying is curtailing their willingness to spend direly needed capital on bringing out of the ground what has already been discovered.

Businesses scared by threat of renewed lock down