According to the recently released World Investment Report (WIR) 2020 by the United Nations Conference on Trade and Development (UNCTAD), FDI to Ghana will continue to a downward trajectory for this year as well, continuing a trend begun in 2016, when inflows stood at US$ 3.4 billion downward to approximately US$ 2.3 billion in 2019.

However, total FDI inflows spiked in 2017 to over US$5 billion before declining significantly in 2018, a year in which new upstream oil and gas investments in particular were unsubstantial. Importantly however, FDI recorded by the Ghana Investment Promotion Centre ( which excludes upstream oil and gas, mining and free zones), remained sturdy at well over US$3 billion in both 2017 and 2018, enabling Ghana to overtake Nigeria as the biggest recipient of FDI in West Africa.

But while GIPC has not released its own FDI inflow data for 2019, nor the first part of 2020, officials privately admit that the advent of COVID 19 has nullified any hope of a rebound this year. In 2017, GIPC had targeted huge acceleration in FDI growth which it hoped would reach US$10 billion in 2020. But with the impact of COVID 19, even a fifth of this would now be seen as a victory.

Across Africa, UNCTAD predicts that FDI flows will contract by 25 to 40 percent this year. This will largely be driven by measures being implemented by governments to curb the spread of COVID-19, which will slow down existing investment projects and also the approval processes of new investment projects. 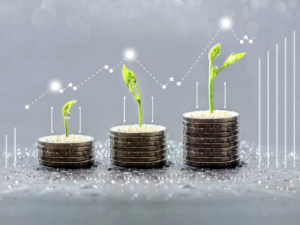 The reports indicate that as of April 2020, the number of cross-border Mergers and Acquisitions (M&As) targeting Africa had declined 72 percent from the monthly average of 2019.  Aviation, hospitality, tourism and leisure, which accounted for 10 percent of Africa’s greenfield FDI in 2019, and manufacturing industries, which contributed seven percent were hit hard by the pandemic in the first months of 2020.

“It is now clear that the global economic recession will delay the implementation of investment projects or new investment decisions during 2020. Low oil prices and global demand for Africa’s commodities will further reduce resource seeking FDI to the continent,” UNCTAD stated in the report.

The current low oil prices are forcing drillers to dramatically curtail risky exploration, especially in frontier regions such as Africa.

According to Baker Hughes data, the reality of crude’s slump fully hit the continent in May as operating rigs halved in a month, the biggest slide since records started in 1975.

“Some massive oil and gas discoveries have been made in the region this century — from Ghana to Mozambique, but the prospects of similar ones in the future look bleak as companies such as Tullow Oil Plc and Sasol Ltd. are slashing operations.”

Making a success of AfCFTA