…as many staff test positive for COVID-19

COCOBOD has said it is closing its Head Office to the general public to enable the organization embark on a general fumigation exercise after some staff tested positive for COVID-19.

A statement signed by the by the Chief Executive Officer Joseph Boahen Aidoo and copied to the Goldstreet Business, said the COVID-19 cases were uncovered after the organisation embarked on a mass testing exercise from Wednesday July 8 to Friday July 10, 2020.

The statement noted the fumigation exercise is to ensure that other staff are protected while they carry on their duty.

Meanwhile, COCOBOD had assured that the closure of its corporate office would have no effect on normal working hours, as staff have been equipped with the necessary working tools to work from home.

According to the statement, staff and management are expected to resume official duty to the office on Monday July 13, 2020.

In related development, the Bulk Oil Storage and Transportation Company Limited (BOST) has also announced that several of its staff tested positive for COVID-19 at the company’s headquarters in Accra. 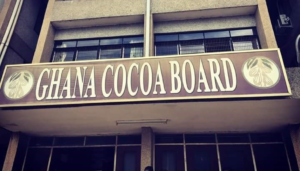 A statement by the company said “The Bulk Oil Storage and Transportation Company Limited would like to announce for the information of the general public that it has closed down its head office at Dzorwulu from Monday, 6th July to Monday 13 July 2020.

“This has become necessary due to mass testing of staff carried out by the company at the head office in the wake of a staff of the IT department testing positive for the virus. After the mass testing, a number of workers tested positive and arrangements are being made for their treatment.”

BOST said its head office will be fumigated to “ensure the safety of staff is not compromised when work resumes.”

3 Tactics Hackers Use to Steal Passwords