The Ghana National Petroleum Corporation (GNPC) has suspended new oil exploration activities which had been planned for this year, to add onto the national reserves.

The Corporation said the COVID-19 pandemic has impacted negatively on the oil and gas industry in Ghana, a situation which has necessitated international oil companies (IOCs) to take business decisions to safeguard their investments even if they are not actually in Ghana’s interest.

GNPC’s Chief Operating Officer, Mr James D. Yamoah, speaking at a virtual conference by the Africa Centre for Energy Policy (ACEP), said, “some of the companies have decided to suspend their operations in the country, while others have deferred their operations to the second and third quarters of 2021”.

The conference was held to discuss the impact of COVID-19 on Africa’s oil and gas sector.

The current disruptions created by COVID-19 across all sectors of the economy, have enabled the GNPC to emphasize the need to be supported to build the corporation’s operatorship capabilities to tackle the impacts of the pandemic. 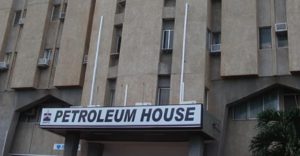 Mr Yamoah said the low oil price on the global market, which have adversely affected GNPC’s revenues and cash flows, have also affected the share of state revenues that government leaves to the Corporation to meet its operational expenses.

Consequently, the GNPC has had to renew its emphasis on diversification of energy sources and maintaining revenue streams that, going forward, would help the national oil company.

Yamoah admitted that the GNPC needs to consolidate its gains in the upstream segment and that it has to pursue an aggressive change in strategy from being just a facilitator to a full operator in the upstream business.

“There must be a continuous and increased investment in GNPC operated blocks. The Corporation would have to leverage its commercial subsidiaries like the GNPC Exploration and Production Company Limited for commercial participation” he noted.

Stakeholders in Ghana, Kenya, Sudan, and Mozambique participated in the virtual conference.