The African Union (AU) in collaboration with the International Trade Centre (ITC) are undertaking an assessment of the different sectors under the Africa Continental Free Trade Area (AfCFTA) to precisely establish where each country has enormous advantage in the area of value addition to the products being produced.

The move is expected to provide solutions to African countries in an effort to avoid an overlapping of export sector priorities as countries could potentially prioritize similar produce ahead of AfCFTA implementation in July this year.

This was revealed in Accra last Wednesday when the Acting Executive Director of the ITC, Madam Dorothy Tembo paid a visit to the Chief Executive Officer (CEO) of the Ghana Export Promotion Authority (GEPA), Dr. Afua Asabea Asare ahead of the 2020 World Trade Promotion Organizations conference scheduled for Accra in May.

Speaking with the Goldstreet Business in Accra, Madam Tembo said aside the assessment being carried out, there is the need to have a better understanding of what is actually being produced, at what cost and whether it is being done in the most efficient way.

“This is the type of conversation we need to have and to see also where the potential lies in terms of trying to make countries work together through a collective effort. It’s the value addition that remains critical”, she insisted. 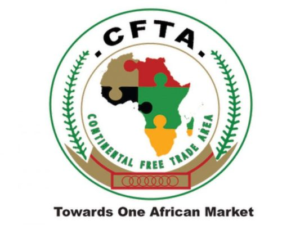 An earlier report released by the ITC on diversifying trade in Africa entreated African countries to develop a regional strategy due to the degree of overlap of sector priorities at the country and regional level, further insisting that overlapping sector priorities could become a potential source of tensions during AfCFTA implementation.

Most importantly, neighbouring countries find themselves very often prioritizing the same type of agricultural products. Examples include cashew and various foodstuffs being prioritized by Ghana, Benin, Burkina Faso, Mali, Côte d’Ivoire, Gambia as well as countries outside the West African sub-region such as Tanzania among others.

Despite this potential source of trade tensions, the ITC insists that the AfCFTA can provide the opportunity to change the strategic direction of the continent, as the current strategic focus is on a very narrow range of agricultural and primary products.

“A larger focus on innovation and manufacturing might be crucial for the success of the policy. Innovation is seldom featured as a priority in African trade competitiveness strategies, yet it will be important for upgrading and diversification.

“African countries have tended to allocate fewer resources to the implementation of their strategies and also have a lower degree of country ownership. These aspects may have to be addressed for the AfCFTA to be a success”; the report added.