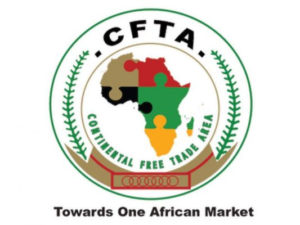 Negotiations of operational instruments involving phase I and II of the Africa Continental Free Trade Area (AfCFTA) are expected to be completed soon to enable the commencement of duty free trading among members all around the continent effective from January 1, 2020.

During Monday’s official handing over ceremony of the AfCFTA Secretariat to the African Union, Wamkele Mene, the Secretary General of AfCFTA insisted that the collective priority of the agreement is to rapidly conclude the remaining negotiations “in order to unlock Africa’s full productive capacity”.

Indeed, it is only after the negotiations have been concluded and subsequently approved during the next scheduled Summit – an Ordinary Session of the Assembly of Heads of States scheduled for December 2020 – that the way will be paved for its implementation from the start of next year.

Phase one operational instruments include Rules of Origin, which will determine the eligibility of goods to be traded under AfCFTA; modalities such as protection of infant industries; and an online negotiating forum to enable member States to spearhead the success of the policy.

The remaining are an online mechanism for monitoring and eliminating non-tariff barriers; an AfCFTA mobile application for businesses including digital payments system for goods and services; a Pan-African payment and settlement system; and dashboard of the AU Trade Observatory, all of which are expected to enhance the implementation of the agreement.

Phase two protocols include investment policy, competition policy and intellectual property with the timeline set for concluding negotiations of the second phase being December 2020.

Since the advent of the Covid-19 pandemic, the AU Commission has shifted most of its activities online.

The Commission believes that for the current AfCFTA operationalization timeline set for 1st January 2021 to be met, as well as the implementation of a decision of African Leaders on the fast-tracking of processes leading to the commencement of trading, it has become imperative for outstanding AfCFTA negotiations be move online.

Already however, AU member states have outlined a number of concerns regarding the use of virtual systems, especially regarding infrastructure reliability, security and confidentiality and steps are being taken to address them.