Since 2016, the inflow of foreign currency into the country’s reserves has significantly increased consistently.

A comparative analysis of the Auditor General’s report on the performance of the foreign exchange receipts and payment of the Bank of Ghana for the period 2017 to June 2019, indicates that the flow of foreign currency has remained largely favorable in the past four years, except for 2018.

The central bank derived its forex receipts from cocoa, capital and invisible business transactions during the period, whereas the payments are mainly to finance Oil and Non-Oil imports, payments by order of the Controller and Accountant General, and IMF payments, as well as invisible payments.

The result of actual receipts far exceeded the central bank’s projections for the period by 14.21 percent.

Over the period of four years, Bank of Ghana recorded a net surplus except for 2018, when forex payments stood higher than the receipts for the year. This was due to decreases in cocoa and invisible receipts and the rise in forex sales as well as invisible payments. BoG’s net position reduced from a net surplus of US$1,699.45 million recorded in 2017 to a net deficit of US$1,123.74 million in 2018 representing a negative movement of US$2,823.19 million or 166.12 percent. 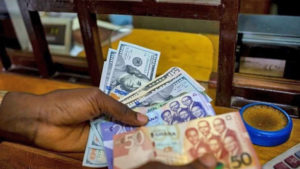 This notwithstanding, the bank’s reserve position as at June 30, 2019 totaled US$8,578.46 million compared with US$7,423.82 million for the corresponding period of 2018 showing an increase of US$1,154,652,97 million or 15.55 percent. The report noted that the increase in foreign reserves resulted mainly from increases in fixed deposits and holdings of special drawing rights (SDR).

According to the Bank’s summary of macroeconomic and financial data, the net international reserve (NIR) at the end of 2019 stood at US$ 5,191.9 million.

However, as at the end of February, there was a further increase in the reserves, where the country had gross international reserves (GIR) of US$10,036.8 billion, the highest in its history. This is enough to cover 4.8 months of imports, more than one and a half times the 3.0 months target.

A significant chunk of this record high GIR obtained from Ghana’s successful issuance of US$3 billion in Eurobonds in February of which more than half was earmarked for refinancing of existing public debt.

Play by the rules or lose your licenses- Dr. Abdul-Hamid to OMCs

Vet officers advised to intensify inspection of animals and products