…but fails to stipulate sanctions for recalcitrant drivers

Management of the Ghana Private Road Transport Union (GPRTU) has condemned the recent arbitrary charging of inflated transport fares by commercial drivers across Ghana which it describes as illegal.

GPRTU maintains that such acts woefully contravene the Administrative Instrument on the determination of transport fares in the country and has asked commercial drivers to desist from such acts.

A statement signed by GPRTU’s National Chairman, Kwame Kuma, and copied to the Goldstreet Business, reads, “the GPRTU wishes to make it clear that there are procedures in the determination of transport prices. One major item that is considered during a fare review is the prices of petroleum products, which have seen some reductions since the last transport fare increase was made in September 2019.” 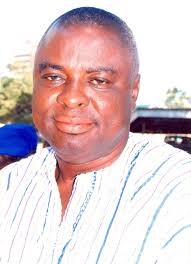 Despite the caution to drivers, the GPRTU, however, did not mention any sanctions that would be imposed on drivers who flout the directives.

Meanwhile, the union has also informed all transport operators, commuters and the public that the precautionary directives from the President, on social distancing in all public transport vehicles and terminals are still in force.

The GPRTU says all passengers carrying vehicles normally seating up to three passengers on a row, shall seat not more than two passengers in a row while the social distancing protocols are still in force.

The union also urged all transport terminals to ensure that there is availability of adequate running water and hand sanitizers for both passengers and drivers.