• Projected total revenue and grant target at GHc 56.96 billion • Total expenditure at GHc 98.46 billion • Fiscal deficit (cash basis) at 9.4 percent of GDP • However, the budget plan is premised upon retention of power by incumbent government at 2020 polls.

in Banking and Finance, Top Stories
0

Government has issued the budget guidelines for the 2021-2024 fiscal period, which will facilitate the preparation of the 2021 budget by Ministries, Departments and Agencies (MDAs) as well as Metropolitan, Municipal and District Assemblies (MMDAs). Importantly, the guidelines reveal the key fiscal targets for 2021 as well.

However, with general elections scheduled for the end of this year, retention of these budget plan will depend on whether or not the incumbent government wins a second term in office. If it does not, the current political opposition would form a new government in January next year, and draw up an entirely new budget subsequently, within two months of taking office.

Total Revenue and Grants are projected at GHc 56,956 million, or 13 percent of GDP, for 2021 based on the 2021 fiscal framework, and this represents a nominal growth of 9.7 percent over the revised target for 2020.

Government projects that interest payments will amount to GHc 24,738 million, representing 5.6 percent of GDP, in 2021.

Effectively, the projected government operations will result in a fiscal deficit (on cash basis) at GHc 41,506 million, representing 9.4 percent of GDP, during the budget year. The deficit is expected to be financed from both foreign and domestic sources.

According to the Ministry of Finance, the Guidelines have been developed to provide instructions on the processes and procedures for preparing the 2021-2024 budget, pursuant to Article 179 (1) of the 1992 Constitution and Section 20 of the Public Financial Management Act, 2016 (Act 921) and section 122 of the Local Governance Act, 2016 (Act 936).

In view of the coronavirus pandemic, government’s main thrust of macroeconomic policy in 2021 is to ensure stabilization and return of the economy to the pre-pandemic fiscal stance.

Further to this, government plans to revitalize the economy to speed up the Ghana Beyond Aid agenda through turbo-charging the productive sectors and facilitating competitive import substitution, export promotion and diversification. 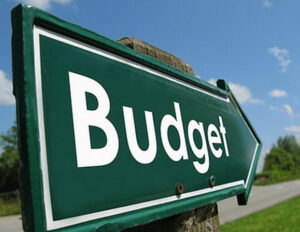 Given that 2020 is an election year, in accordance with Article 180 of the 1992 Constitution and Section 23 of the Public Financial Management Act, 2016 (Act 921), a draft Budget Statement and Economic Policy will be prepared whilst a three month’s “Expenditure in Advance of Appropriation” is laid before Parliament by November 15, 2020.

The ministry noted that the full budget statement and estimates for the year 2021 will be presented by the first quarter of 2021.