The financial performance of State-Owned Enterprises (SOEs), further deteriorated in 2018, culminating in a combined net loss of over GH¢3.1 million, the 2018 State Ownership Report reveals.

As a result of this continuous abysmal financial performance of SOEs, the Ministry of Finance has commenced work with State Interests and Governance Authority (SIGA) and stakeholders to execute policy reforms to  improve on their financial performance including that of Other State Entities (OSEs) and Joint Venture Companies (JVCs).

These policy reforms are expected to focus on addressing the key constraints hampering the operational and financial performance of SOEs with poor corporate governance practices identified as a major factor.

Government has indicated that such continuous poor performance has been a major concern to the State as an investor which expects adequate returns on its investments.

In 2017, 33 SOEs and 16 JVCs, (out of 86 entities) who submitted information as requested by the Ministry of Finance generated a cumulative loss of GHc1,29 billion primarily caused by rising operating costs.

Regarding the latest report, SOEs again recorded consistent loss of revenue in their operations.

“Whiles JVCs as a block posted impressive financial results achieving an aggregate net profit of GH¢1,356.75 million from a net loss position of GH¢-272.22 million in 2017, the performance of SOEs further deteriorated in 2018 culminating in a combined net loss of GH¢-3,120.13 million.

“Both SOEs and JVCs posted marginal increases of 7.35 percent and 2.48 percent respectively in revenue. However, the ability of the JVCs to keep their costs down compared with their SOE counterparts accounted for their contrasting bottom line results”, the report states.

The State Ownership Report details and assesses the financial performance of SOEs, OSEs and JVCs and also provides an overview of the key developments, particularly critical policy reforms being implemented by government to enhance the institutional framework for managing the state’s ownership interests in SOEs, JVCs, and OSEs. 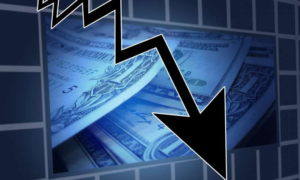 Last year, parliament passed the SIGA Bill into law to address the challenges facing State Enterprises as none of the interventions initiated to improve the effectiveness of their financial performance have had the intended impact they were meant to achieve.

The establishment of SIGA is to enhance co-ordination and accountability in the management of state interests.