The Ghana Revenue Authority (GRA) says attempts by IMANI Africa to disparage the operations of the newly-introduced Integrated Customs Management System (ICUMS) are not constructive.

Management of GRA said it was not true that port operations had reverted to the pre-2002 manual system as suggested by IMANI, noting that “all transactions from June 1, 2020 have been processed through ICUMS.”

Assistant Commissioner in charge of Communication & Public Affairs, Florence Asante, explained in a statement that the manual process was brought in to address transactions that commenced in GCMS/GCNET period but were not cleared before June 1, 2020.

“It was needed because GCNET did not provide data for those transactions in the right format,” she noted adding that “it is inaccurate to state that ICUMS has no established values for customs valuation.”

According to the statement, GRA valuation methods were based on section 67 of the Customs Act 2015, Act 891 and the World Trade Organization (WTO) valuation protocols, pointing out that “over time, GRA has built a Transactional Pricing Database that serves as a reference for valuation.”

The GRA Assistant Commissioner indicated that ICUMS had the Transactional Pricing Database fully integrated into its system, and that “Customs continuously acquires Home Delivery Values Database from the National Automobile Dealers Association (USA) and other accredited international dealers.”

She explained further that the database was continuously updated as new vehicles were manufactured, and stated that “indeed, Sections 60 and 61 of the Customs Act 2015, Act 891 define this procedure.” 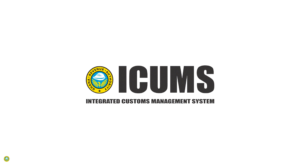 In reference to the vehicle that was purportedly valued at GH¢12,000 in GCMS/GCNET, but was valued at GH¢6,000 in ICUMS, Ms. Asante said “GRA does not have evidence of such a transaction.”

The assistant commissioner, however, stated that the one related to the vehicle that was valued at GH¢14.00 was a case of fraudulent activity by an agent.

“As stated before, in order to facilitate the clearance of vehicles with duties paid in GCMS/GCNET, but not cleared before June 1, GRA created a Customs Procedure Code (CPC) 40D23 in ICUMS to allow those transactions to skip the valuation step.”

In a recent statement, IMANI has appealed to government to temporarily suspend operations of ICUMS and allow GCNet and West Blue to operate for the remainder of the year.

Reacting to alleged challenges confronting ICUMS, IMANI said the new system has no pricing data against which they could determine current prices and respective taxes that must be paid to the state.

The statement also alleged, ICUMS did not have data on cars coming from Japan adding, “that is why a vehicle that costs GHc12, 000 to clear on the GCNet/West Blue platforms now clears for GHc6000 on the ICUMS/UNIPASS platform.