The Ghana Stock Exchange has recorded a total of more than 262.2 million traded shares valued at GHc194 million in the first six months of 2020 amid the uncertainty of the novel COVID-19.

The performance, from January to June 2020, represents 107.9 percent growth in volumes and 87.7 percent in value traded over the same period in 2019.

On a month-on-month basis, trading volumes recorded a dip of 16 percent at the end of June after an impressive run in May 2020.

Daily average value recorded in June was GHc2.174 million compared to GHc2.517 million recorded in May 2020. 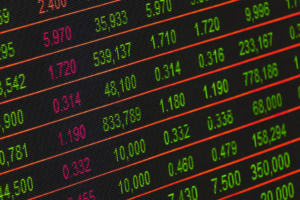 Again the half-year trade volume of 49,519 million is 89 percent of the total trade volume in 2019, the Ghana Stock Exchange said.

The volume of securities traded for the month of June 2020 increased by 145 million over the May 2020 figure of more than 8.8 billion while the liquidity of the market went up to 54 percent at the end of June from 32 percent in May, 2020.