NCA vs MTN moves to the courts

NCA’S latest statistics confirm MTN’s growing market dominance • but MTN responds to regulators classification of it as near monopoly, goes to court

Trend analysis of data from the National Communications Authority (NCA) indicates that subscription numbers for voice packages as at the end of first quarter 2020 had grown by more than one million subscribers from the figures recorded at the end of 2018.

However the latest statistics from the NCA, while welcome with regards to usage of voice and data, also reflect the growing market dominance of MTN, a situation which the industry regulator asserts, has persuaded it to take steps to curb.

MTN Ghana held about 57.07 percent share of the overall mobile telecoms market by the end of March 2020, growing from 49.08 percent at the end of 2018. Meanwhile, other competitors declined significantly in terms of market share. Vodafone Ghana declined by 3.03 percent, from 23.97 percent to 20.94 percent at the end of March 2020. AirtelTigo also decline by 4.89 percent, from 25.14 percent two years ago to 20.25 percent, whereas Glo market share further declined to 1.74 percent from 1.81 percent.

The Authority’s combined data on  2G/3G/4G put  together reveals that MTN Ghana holds about 67.78 percent of the market share, whereas, Vodafone Ghana, AirtelTigo and Glo hold about 15.49 percent, 15.81 percent and 0.92 percent, respectively.

This disproportionate share of the market controlled by a single operator triggered the declaration by NCA early this month that is classifying MTN Ghana as a Significant Market Power (SMP), exercising its mandate under Section 20 (13) of the Electronics Communications Act, 2008, (Act 775).

Finally though, MTN has responded to this move by the regulator which has generated intense controversy over the past fortnight.

MTN Ghana would like to inform its stakeholders that the company was formally notified on June 9th, 2020 of the National Communications Authority’s (NCA) decision to declare MTN as a Dominant/Significant Market Power (SMP). This essentially means that special regulatory restrictions would be enforced to potentially limit the company’s growth, performance, innovativeness and its competitiveness in the telecoms market.

MTN Ghana acknowledges the NCA’s duty and powers to promote fair competition amongst licensed operators in Ghana’s telecommunications sector within the relevant laws of Ghana and acceptable global industry best practices. Regretfully, the manner of the recent declaration of MTN as a Dominant/SMP raises concerns about clear procedural breaches and substantive issues.

Following the NCA’s declaration, MTN Ghana refrained from publicly commenting on the matter and engaged in dialogue with the regulatory authority and other stakeholders to share our views on the matter. 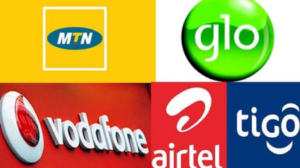 While these engagements have been largely encouraging, the NCA continues with implementation of the specified interventions. As such, MTN Ghana has after much consultation, and as a last resort, made the difficult decision to resort to the Law Courts for redress in the form of a judicial review of NCA’s decision, to ensure the observance of the requirements of procedural fairness.

MTN has over the years shown confidence in the Ghana telecommunications sector, by the continued investment in hitherto undervalued ventures (e.g., rural telephony, broadband services, 4G technology, new innovations, mobile money etc.) to support the development of the industry and to deliver on our belief that everyone deserves the benefits of a modern connected life. We have indeed collaborated with Government over the period to invest in priority projects that have all contributed to our current position in the market. The high proliferation of choice in the Ghanaian telecoms market aided by Mobile Number Portability, Network interoperability, very affordable SIMs and accompanying multiple SIM handsets are all indicators of a free and competitive market.

MTN Ghana would like to reiterate that it is not opposed to steps by the Regulator to enhance further the highly competitive Ghana telecoms industry and is indeed prepared to support the Regulator to that end. However, we believe that the regulatory authority must follow the applicable legislations and global industry best practices. As a responsible and ethical leader, MTN is neither aware of any industry economics / market study to establish market failure nor has MTN taken any steps or engaged in anti-competitive behavior. We remain open to dialogue to achieve an amicable resolution to this matter.

MTN Ghana would like to reassure Government and its cherished shareholders and customers that our commitment to the delivery of a bold new digital world in Ghana continues to be paramount and that the company remains focused on providing the enabling technology to support Ghana’s digital economy particularly during the COVID-19 pandemic and beyond.

Over the past couple of weeks, Industry watchers have cautioned that, although there is the need to level the playing field, this must be done in a way not to punish MTN for its superior investment in the development of ICT in the country, which has been key in achieving its market dominance.

Analysts and public commentators further fret that NCA’s intended use of its regulatory powers to curb what it calls MTN’s “predatory pricing” would likely end up increasing mobile telecom tariffs rather than lowering them as the law is intended to do. This is because NCA wants to force a situation whereby its competitors will be price competitive but still make significant profits – which they are not achieving now – and the only way to do this would be to make MTN increase its tariffs thereby enabling its competitors to do the same without losing their price competitiveness. Up till now MTN has been using its superior economies of scale and critical mass of subscribers to set industry tariffs at levels which make its competitors unprofitable but the NCA asserts that this is being done deliberately to strengthen its market dominance and ultimately drive them out of the market, effectively creating a monopoly.