In an effort to boost trading volumes and values, the Ghana Commodity Exchange (GCX) is set to introduce a new, elongated duration settlement system which would fuel more commercial trades in the coming months.

Already, the Exchange is gradually recovering from the effects of the coronavirus impact as trades volumes recorded for the first half of 2020 hit 232.98 metric tonnes.

This new trading system, the GCX indicates, will be more attractive to commercial sellers and bulk buyers, who increasingly have signed on to membership to do business with the GCX but their participation has been limited as they prefer to defer settlement to a future date rather than pay sellers within one day of transactions, the latter being the settlement system , which the GCX clearing house currently supports. 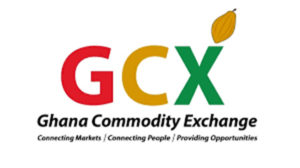 Before the country recorded its first coronavirus case leading to the three weeks lockdown, the Exchange had successfully traded 42.14 metric tonnes, whiles during the lockdown only 22.17 metric tonnes were traded. Post-Lockdown traded volume was 168.67 metric tonnes.

The new settlement system being adopted by the Exchange will integrate more commercial sellers into the current system alongside smallholder farmers to increase trading volumes and liquidity.

The new settlement system, if approved by SEC requires that buyers deposit 30% of the value of the commodity upfront, as well as an irrevocable security such as a letter of credit from a GCX approved bank for the purchase. The rest would be paid at the maturity date of the transaction.

In the event of default, the GCX will provide backup guarantee to indemnify the default. The guarantee could be in the form of cash or an insurance product.

The problem of low trading volumes has been one of two major challenges identified by the SEC as constraining the growth and development of the GCX, the other being inadequate storage space for the agricultural produce used to underpin the financing farmers secure through the Exchange.

Indeed, several major foreign enterprises including JP.Morgan, the globally reputed investment bank, as well as Kellogs and Tate & Lyle, both of which rank among the world’s biggest food product makers have expressed interest in using the GCX but fret over the low produce and trading volumes  available through the Exchange.

To increase volumes SEC is looking to increase education of farmers as to the benefits of using the Exchange and at promoting farmer co-operatives, since the aggregation of the produce from lots of member farmers would enable relatively large volumes of produce to be offered through the GCX. While local financial institutions and industries that need agricultural produce as production inputs could manage with the relatively low trading volumes they have shown insufficient interest in using the GCX so far, in part because of fears about lack of produce quality standardization

The other identified challenge is lack of storage space in the forms of warehouses and silos. While SEC acknowledges that warehousing should be private sector driven it is looking to government to lead the way. Instructively government has announced a one district one warehouse policy objective but financing constraints is proving a major obstacle.

SEC is now considering several different agricultural receipts backed systems which can be adopted in Ghana to support the GCX’s growth. The Tanzanian model is particularly appealing to the regulatory institution.