In view of the current market conditions of the oil industry, Tullow Oil has terminated a drilling contract with the Maersk Venturer. This move is in line with the operator’s plans to save cash amid a difficult year.

The termination was announced in statement issued on March 25, 2020, by Maersk Drilling that it has received notice from Tullow Oil that it would be terminating its contract for services related to its drilling program offshore Ghana which was to utilize the Maersk Venturer drillship.

Ghana Card Holders To Use IDs As TIN

Tullow has further set out plans to slash capital expenditure and increase asset sales in mid-March, as well as to reduce staff numbers by around one third.

The contract for the drilling, which was signed December 2017, commenced in February 2018 and this covers development drilling on the Jubilee and TEN fields offshore Ghana.

Since February 2018, Maersk Venturer has worked for Tullow offshore Ghana with an expected end of contract in February 2022. The rig is now expected to end the contract in June 2020.

“As a consequence of the termination, Maersk Drilling’s revenue contract backlog is reduced by US$ 175m covering the period from the end of the contract to February 2022,” the statement noted.

Subject to commercial prospects, Maersk Drilling plans to take measures to reduce Maersk Venturer’s operating costs following the end of the contract. Maersk Drilling has maintained its profitability guidance for 2020 of earnings before interest, taxes, depreciation, and amortization (EBITDA) before special items of US$ 325-375m as announced on 20 March 2020. 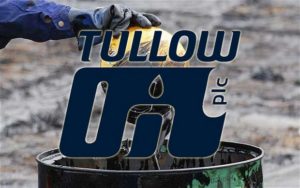 The company’s recent activity at Jubilee includes the tie-in of the J-54 water injector well and plans for a maintenance period at the end of January to increase gas processing capacity. At TEN, the drilling of a production well on the Ntomme field which commenced and this is expected to be tied-in by the end of the first quarter.

Before the cancellation of the drilling contract, Tullow planned to continue to use the Maersk Venturer rig across both the TEN and Jubilee fields in 2020. The well program is being developed with the Joint Venture Partners and is expected to be finalized by the end of the year.

Nevertheless, Tullow and its Joint Venture Partners in Ghana continue to assess the appropriate investment program in 2020 to improve the performance of the fields and their facilities. This includes re-assessing both the infill drilling program and future development plans to ensure that the significant remaining reserves and resources at Jubilee and TEN are produced in the most cost-effective and efficient manner in 2020 and beyond.

Ghana Card Holders To Use IDs As TIN