The Ghana Revenue Authority (GRA) as of Wednesday, June 17, 2020, has collected a total revenue of GHc490 million since the rollout of the Integrated Customs Management System (ICUMS) at the ports and various entry points in Ghana.

On the average, a total revenue of GHc942 million is collected monthly from the country’s entry points. However, the GRA said the collection of GHc490 million by the Customs Division through ICUMS’s deployment from June 1-17, is enough reason to believe in the new system.

“Looking at this trend, it is obvious that the Authority will not be losing revenue as being highlighted by some sections of society”, GRA’s Commissioner General, Rev. Ammishaddai Owusu Amoah told the media in a press briefing yesterday.

The GRA explained that the revenue mobilized so far, is promising considering the fact that the new system, though not totally devoid of challenges, is a good option for Ghana. 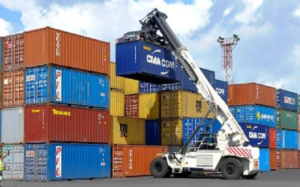 Meanwhile, the authority has admitted that certain issues have been identified after the deployment of the ICUMS.

It noted that Taxpayer Identification Number (TIN) which was not populating at the front-end of declarant have been resolved, as TINs have been populated on ICUMS for easy retrieval.

Mr Owusu Amoah also revealed that the issue of co-loading and manifest matching has also been resolved, as alternative arrangements have been made for all importers who still have challenges with manifest matching.

According to the GRA, plans for additional training of stakeholders and change management issues are still ongoing in collaboration with Freight Forwarders and others.

In all, about 53,000 Customs bill of Entries (BOEs) have been processed nationwide in ICUMS. The Authority has also established a call centre and support service desk at the Tema Long Room and at the Customs Technical Services Bureau (CTSB). These centres deal with complaints of declarations for speedy resolution.

Concerning demurrage, the GRA indicated that it is engaging with relevant stakeholders together with Ministry of Trade & Industry to see what can be done for cases related to initial challenges in the system.

ICUMS has also enrolled in excess of 6,000 port community users and all processes are fully automated.