… as Parliament passes bill into law

The President Nana Akufo-Addo is expected to soon approve the new Corporate Insolvency Law, 2019, after Parliament on Wednesday, passed the bill into law. Only the President’s assent now stands between it and its taking actual effect.

The business community has been optimistic and expectant about its operationalization since it was laid in the House last year and subsequently was referred to the Parliamentary Select Committee on Constitutional, Legal and Parliamentary Affairs for consideration.

The operationalization of the law is expected to provide a framework for the regulation of insolvency procedural practitioners which would in turn facilitate access to timely, efficient and impartial insolvency proceedings by corporate Ghana.

Business analysts note that the passage of the new law is most timely as the economic impact of the ongoing coronavirus pandemic is likely to put an unprecedented proportion of corporate Ghana under severe financial pressure, which could put them into insolvency and even outright bankruptcy.

Importantly, the law seeks to ensure orderly folding up of businesses where the owners of such business enstities decide to cease operations, thus, promoting well-organized closure and transfer of the corporate assets, where a business is deemed to be no longer viable.

Just as importantly, the new Insolvency Law allows corporate resources and assets to be quickly returned to productive use by enabling viable but financially troubled companies to restructure instead of filing for bankruptcy. In effect, the new legal regime will enable honest, but unfortunate business debtors to obtain a fresh start by relieving them from their debt.

The new law provides a legal framework for the liquidation of the assets of an insolvent individual, corporation or partnership, and the distribution of the proceeds in a fair and orderly way among the creditors 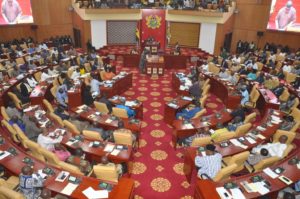 Accordingly, the corporate insolvency law seeks to resolve the differing positions of the various parties that have interests in the continued existence – or otherwise – of a company and whose interests may conflict and cause tensions between them.

The law is expected to reduce the burden of insolvency through potentially more efficient and equitable distribution of assets of failed companies to creditors, as well as provide the framework for effective creditor participation in insolvency proceedings either directly or through creditors’ committees.