An Afrobarometer survey has revealed that education and unemployment are the most important problems the youth in the country want the government to address.

The Round 8 survey, conducted in late 2019, found that job creation and education are also the citizens’ top priorities for additional government investment in youth development, and citizens are willing to pay more taxes to support programs to help young people.

Afrobarometer asked adults of all ages to cite the most important problems they want the government to address. Infrastructure/roads was the most frequently cited priority (mentioned by 59% of respondents), followed by unemployment (39%) and education (38%) (Figure 1). 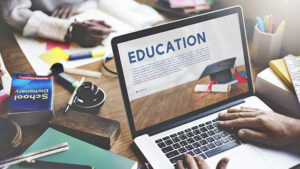 The report indicates six in 10 Ghanaians (60%) would “somewhat support” or “strongly support” higher taxes to fund programs to help the youth (Figure 3).

Six in 10 respondents (59%) say job creation would be the highest priority if the government could increase its spending to help the youth (Figure 4).

Urban residents are more likely than their rural counterparts to cite job creation (65% vs. 53%) and less likely to prioritize education (16% vs. 24%) (Figure 5).

Afrobarometer is a pan-African, nonpartisan survey research network that provides reliable data on African experiences and evaluations of democracy, governance, and quality of life.

Round 8 surveys in 2019/2020 are planned in at least 35 countries. Afrobarometer conducts face-to-face interviews in the language of the respondent’s choice with nationally representative samples.

The Afrobarometer team in Ghana, led by the Ghana Center for Democratic Development (CDD-Ghana), interviewed 2,400 adult Ghanaians between 16 September and 3 October 2019.

A sample of this size yields country-level results with a margin of error of +/-2 percentage points at a 95% confidence level.

Building Resilience and Finding our way to a Better Normal

First, Second Deputy Governors of BoG inducted as honorary fellows of the Institute of Directors-Ghana