Consumer inflation rises to 11.3 percent in May

For a second consecutive month, consumer inflation has increased to 11.3 percent in May 2020, from 10.6 percent recorded in April, representing an increase of 0.7 percentage points.

This is according to the latest consumer inflation data released today by the Ghana Statistical Service (GSS) for May 2020.

The Government Statistician, Professor Samuel Kobina Annim noted that the rise is attributable to increases in food prices during the period. 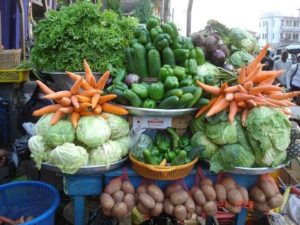 The Food and non-alcoholic beverages division recorded a year-on-year inflation rate of 15.1 percent, up 0.7 percentage points over the 14.4 percent recorded in April, 2020.

Food contributed nearly 60 percent of the year-on-year inflation in April 2020.

“This translates to food being the predominant driver of year-on-year inflation,” Pro. Annim said.

The average non-food inflation for the May 2020 stood at 8.4 percent.