The World Bank Group has tabled some recommendations to enable Ghana increase coverage in the informal sector, insisting that pension administration is largely the business of economies of scale.

“If a new or existing informal sector scheme is given sole responsibility for covering the cocoa farmers, economies of scale could be achieved. This will allow outreach to other groups of informal sector workers in a financially viable manner”, the World Bank asserted in its pensions coverage in the informal sector Africa report for 2019.

However the World Bank report indicated that the coverage of the elderly through contributory pension schemes is not expected to improve. But the state run first tier scheme’s management is undeterred, looking to improved coverage of formal private sector workers for growth in overall contributor numbers.

The current initiatives being implemented by the Social Security and National Insurance Trust (SSNIT), must encourage all workers, especially, the private sector to register for the SSNIT Scheme, the Chairman of the Board of Trustees of SSNIT, Dr. Kwame Addo Kufuor has insisted.

Speaking at the just ended Ghana Entrepreneur & Corporate Executive Awards 2020, he insisted that old age is inevitable and further urged the media to partner the Trust in educating workers to prioritise their retirement needs by contributing to the SSNIT Scheme.

“Pensioners are now paid within 16 days of submitting their pension applications compared to the several weeks it previously took to pay them”, he noted. 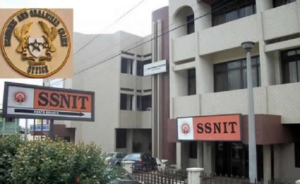 Pension coverage in the informal sector has not been encouraging. Over the years, stakeholders in the industry have instituted strategic steps aimed at increasing coverage, with the most recent initiative being the leveraging of the scheme on a financial switch technology platform.

Importantly, some pensions sector stakeholders have bemoaned that the design of the Second and Third-Tier pension schemes place too much financial responsibility on individuals which largely inure to their own benefits.

However, the regulator – National Pensions Regulatory Authority (NPRA) – has argued that the lack of adequate financial and pensions literacy, as well as general indifference towards pension planning have been identified as the real major barriers mitigating increasing pension schemes coverage and membership.

To this end, measures have been taken to deepen financial literacy and extend coverage of the pensions industry by sensitizing the public and bringing the operations and activities of both NPRA and SSNIT closer to the people.

Currently there are over 1.6 million contributors on the SSNIT scheme, as at 31st December, 2019.