Plans are ongoing by all member states under African Continental Free Trade Area (AfCFTA), including Ghana, the Headquarters of the Secretariat, to begin rigorous capacity building of all customs officials prior to the implementation of the agreement early next year.

This follows an assessment conducted recently by the United Nations Conferences on Trade and Development which recommended the need for the AfCFTA Secretariat to embark on rigorous training of customs officials of all member countries.

The assessment concluded that most African customs lack the capacity and the ability to effectively monitor the application and collection of Value-added Tax (VAT).

The training of customs officials is expected to build capacity of member countries to effectively implement VAT monitoring systems on the continent.

Ultimately, the success of VAT monitoring will depend on reducing the levels of corruption associated with tax assessment and collection

To streamline this process, the African Union has indicated that for countries under AfCFTA’s classification of Least-Developed Country, more direct assistance through training sessions, economic aid and guided institutional development will be provided by AfCFTA and partner organisations.

Already, the AU Commission has been urged to explore several identified mechanisms aimed at strengthening the human capacity of customs administrations in Africa to ensure effective and efficient coordination towards the implementation of the agreement.

Key among them is the urgent electronic interconnectivity of the customs institutions of all the various member states before the single market starts next year. 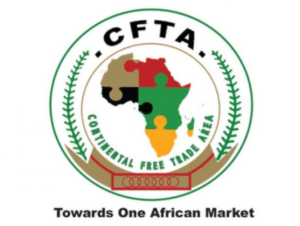 With regards to economic integration and development, the necessity of having customs administrations to be fully utilised at the forefront of the AfCFTA implementation – particularly with regards to trade facilitation, consumer protection and border security, and to check the wholesomeness of goods – has become imperative.

The Commissioner for Trade and Industry of the African Union Commission, Ambassador Albert Muchanga recently expressed the expectation that a single continental market would serve as a precursor for cross border investment and accelerated industrialization.

Currently, intra African trade hovers at around 12 percent of member nations total trade value. One of the reasons often used to explain this anomaly of Africans failing to trade with each other has been the high trade taxes.

Expectations are that the AfCFTA will increase intra-African trade to 52 percent of total trade value by 2022; as it seeks to remove trade taxes on at least 90 percent of all trade between African countries.