A former Director at the Animal Research Institute of the Council for Scientific and Industrial Research (CSIR-ARI), Dr Naminong Karbo, has observed that the country must endeavour to separate maize meant for human consumption from those meant for poultry feed.

This, he said, would ensure that the country had enough maize to feed the poultry industry.
He made the recommendation in the interview as part of measures to help ensure all-year round supply of maize to poultry farmers. 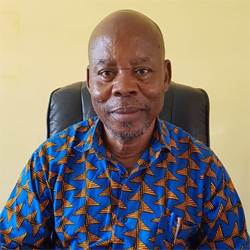 He noted that most often, during the planning stage of production, particularly for a grain such as maize, only human food was considered highly to the neglect of livestock and poultry production.

He said on January 13 that due to the recent shortage in maize, which is the main energy source for poultry and livestock feed, it was important to manage what the country produced and stored.

“We don’t plan and say this percentage is to meet our livestock or poultry production. So, if you don’t plan consciously like that, then you see that you will always be rationing with shortages here and there.”

“In budgeting our food needs or grain needs we should partition it to say this is to meet the human nutrition, this is to meet our livestock production. If we don’t do that then we are not sure of what we are doing,” he said.

Cost of feed
The cost of feed for poultry is determined by the type of birds (broilers, layers or day-old chicks), and feed, ranges between GH¢88 and GH¢120 and varies from one supplier to another.

Maize is an important food crop in Ghana, accounting for more than 50 per cent of the country’s total grain production such that its recent shortage has resulted in high prices, although it was initially downplayed.

Dr Karbo deduced that since Ghana said yes to maize production it had been meeting its target and which brought the idea of export, leading to some neighbours coming in to buy, so created a vacuum.

He said it was uncertain if the COVID-19 disease played a role due to restrictions in movement, coupled with the weather – perhaps, some farmers could not make it due to the unpredictable nature of the rainfall pattern (abrupt stoppage).

Getting the maize to market centres, bulking or getting them into a warehouse, he said, could also be factors.

Maize is an important component of the feed formulation of poultry and there are other ingredients that are used to determine the poultry feed market, namely soyabean and fish meal (normally imported) and dependent on one’s ability to buy.

Soyabean production is reliant on the weather and farmers produce them locally.

A study by the International Food Policy Research Institute (IFPRI) indicates that the feed milling industry serves as the link between maize and poultry.

The findings establish the importance of feed in the poultry value chain and shows how the sector has become more integrated with poultry production, especially on larger-scale poultry farms.

Because maize accounts for about 60 per cent of poultry feed, its availability and price have important implications for the profitability and growth potential of feed and, therefore, for poultry production as well.

According to Dr Karbo, exploring the opportunity of individual poultry farmers preparing their feed was good but then it could result in some challenges including birds falling sick due to overdose of protein among others.

“The best will be for commercial feed mills to take up the challenge and get them into partnership with maize producers and that partnership will definitely be talking about pricing- minimum guarantee pricing such that the farmers can also make it,” he said.

Therefore, he said the right arrangements needed to be put in place to give players that confidence and competence to run such businesses.

Particularly in the area of research, some experts say the formulation of feed and looking out for new ingredients that can be used to replace maize was key.

Indeed, certain studies have shown that maize as an important energy source could be replaced with cassava chippings.

“The monogastrics such as pigs also rely on it. So work has to be put into other local grains such as sorghum but again it has its competitive uses although the pricing is important and attracts producers to produce more.”

“It can also go into the feed milling. With the protein, soyabean is part of it, certain grass meal can be used but the energy source, that’s the maize, is key,” he added.