Government is preparing to institute a roadmap for the easing of restrictions on movement, and both economic and social activities, following the conclusion of Coronavirus (COVID-19) stakeholder consultations.

A final decision on how and when to reopen Ghana’s borders, and ease restrictions on hospitality sector activities, social gatherings including church services, conferences and workshops among others is expected to be made public shortly.

Discussions between government and key groups notably the private sector associations and religious bodies have focused on designing a pact that seeks to restore the socio-economic activities of people whiles containing the disease by way of adhering strictly to the safety protocols to avoid further rise in infections.

Last week, the President, Nana Akufo-Addo mentioned that it was imperative the country found new ways of restoring economic life, insisting that “we cannot be under these restrictions forever”.

Reports gathered indicate that the hospitality industry – one of the worst hit by the COVID-19 as a result of the ban on social gatherings – is expected to see an easing of restrictions as hotels, restaurants among others are anxiously anticipating an end to restrictions in the sector.

Ghana Tourism Authority had earlier paved way for resumption of business in the hospitality industry, but the Ministry of Tourism, Arts and Culture subsequently quashed the directive.

Indeed, while many actors in the education sector assert that it is important to still delay reopening of schools to avoid further infections, some groups, especially religious bodies, have  been lobbying for reopening of churches in June.

A number of European countries – previously the global epicenter of the disease – have begun easing restrictions on movement of persons to restore partial economic activity as the growth rates of new infections and deaths reduce.

However, the situation is by far different in Ghana as the country’s case count of Coronavirus infections keeps surging, now surpassing 7,300.

Despite this, government is expected to initiate steps and processes that will see to a gradual restoration of economic activity whiles  still trying to contain the disease at the same time. 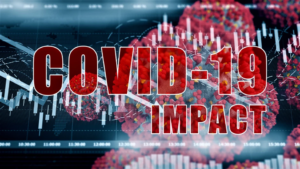 Collapse of businesses coupled with loss of jobs are some major shocks this new global pandemic is ravaging on world economies and countries in sub-Sahara Africa are projected to be the most affected.

It is estimated that COVID-19 will cost the region between US$37 billion and US$79 billion in output losses for 2020 due to a combination of adverse effects.