Each of these warehouses has a storage capacity of 1,000 metric tonnes, which implies that 46 warehouses have been completed and ready for use, the National Food and Buffer Stock Company (NAFCO) has confirmed.

This initiative forms part of measures being implemented to address post-harvest losses. According to NAFCO, the Company has put in place all the necessary measures to accommodate all surplus that could arise due to bumper food harvest.

Each of these completed warehouses contain ancillary facilities including offices and laboratories, among others.

Post-harvest system comprises a range of interconnected activities, taking place from the time of harvest through to processing, marketing, preparation, and finally consumption decisions at the consumer level.

Each year, it is estimated that large quantities of food stuffs, particularly, cereals are wasted at each of these stages before getting to the consumer.

In Ghana for instance, assessments indicate that various farm produce estimated at more than US$700,000 is lost annually through post-harvest losses, with cereals being the most hit. 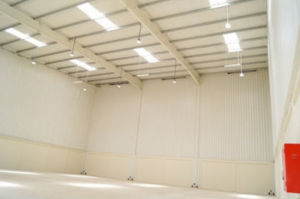 In effect, the country loses more than one tenth of these cereals produced to post-harvest losses annually due to impediments along the entire value chain.

Stakeholders in the agriculture sector are lamenting as the situation tends to impede efforts at ensuring food security and in turn make farming in the country unattractive, whiles poverty levels in Ghana keeps surging.

ICUMS is a much better system than GCNET – Prof Adei