“Following a review of financial position, we have decided we are unable to sustain the fee waiver regime any further and will re-instate all transaction fees with effect from May 23, 2020,” GhIPSS said in a statement.

This action was in support of the call to the financial services industry by the Bank of Ghana to encourage and promote the use of electronic payments and also to lighten the financial burden on the vulnerable members of the public in the light of the global pandemic and the impending containment measures by the Government of Ghana.

According to GhIPSS, “The sustainability of this gesture was premised on the assumption that inflows from our cheque and e-zwich business will cushion the company over the period of the waivers. Conversely, there was a significant reduction in the use of these two services; gravely impacting our bottom line,” hence the decision to end the fee waiver on the three platforms. 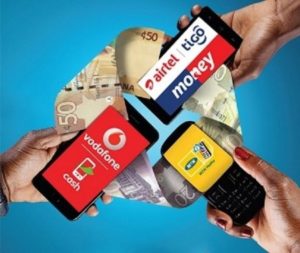 One of the key measures was that all mobile money users can send up to GHc100 for free (excluding cash out).

This includes sending to a recipient on the same network, or another network via the interoperability platform. Also, all mobile phone subscribers are now permitted to use their already existing mobile phone registration details to be on-boarded for Minimum KYC Account.

Digital Ghana is taking over